What is a bookplate? A quick history

A bookplate (or 'ex libris' - Latin for 'from the library of') is a name label, often illustrated, that's affixed to the inside front cover of a book to denote who the owner is. If you're lending out books to friends, it's helpful to have a bookplate with your name so they know who to give it back to! Bookplates are little pieces of art, history, paper ephemera and book provenance all in one -- you can customise and make your own entirely to your liking. Bookplate art can cover a wide range of interests from birds, ships, mermaids etc

As books became more easily produced and widespread, so did the ownership of bookplates. England in the 19th century had a boom of bookplate collectors and artists. Technological developments in the early 20th century allowed bookplates to be easily reproduced and made way for pictorial bookplates. Here, it was the chief interest to have a bookplate designed reflecting your particular interest.

Bookplates as a collectible object started in the 1800s. Nowadays, a dedicated bookplate collector could have 1000s of bookplate examples collected while major libraries can hold collections of 250,000+. All over the world there are bookplate societies reviving the art of bookplates.

In using bookplates, know that you have 500 years of art, history, book provenance and paper ephemera all in a tiny little package! 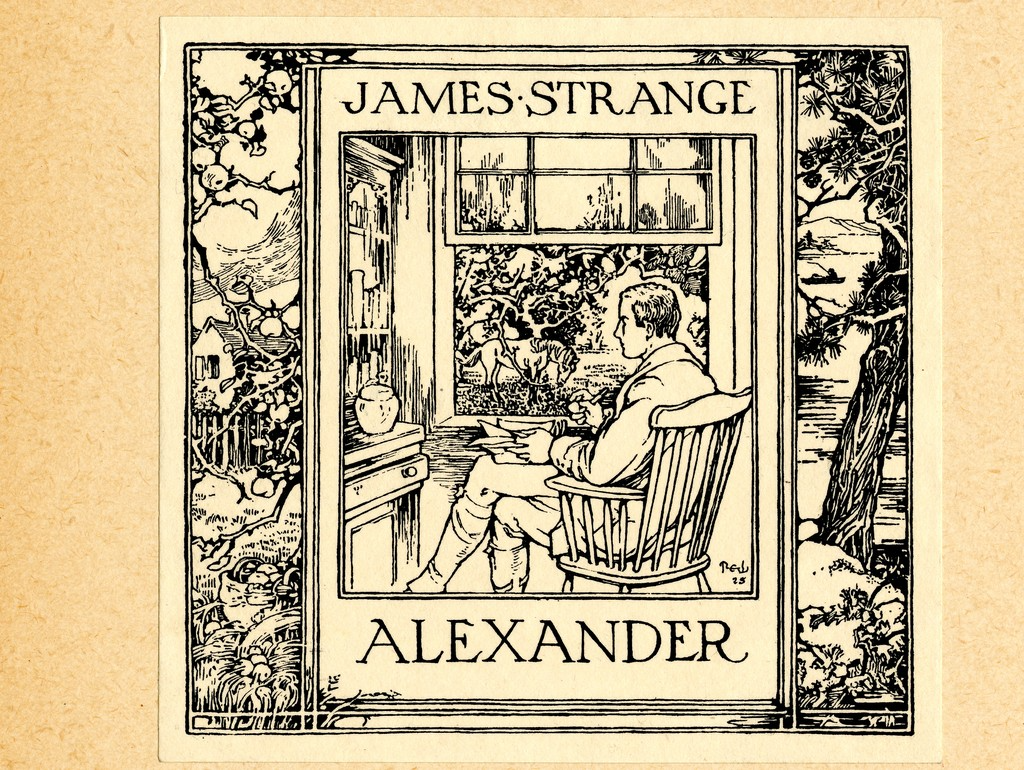 Pictorial bookplate designed by Margaret Ely Webb, 1925.
Jessica Le is the founder of Fleur & Fable. She writes about bookplates and is a member of The New Australian Bookplate Society.
☛ info@fleurandfable.com.au
Share
Back to Bookplate Blog
Newer Post